Skills And You has been the recipient of numerous recognitions since the firm started its journey. Ms Charu Bajaj the CEO and Founder of Skills And You was awarded as ‘Woman Of The Year’ by FICCI in 2019 and her story was published in the blog ‘Humans of Bombay’ in August, 2018. She has been the highlight of various women centric articles in the established platforms of print and digital media like Hindustan Times, Brainfeed newsletter and The Peeper’s Time.

Ms Charu Bajaj was awarded as 'Women Shaping the Future' by The Federation of Indian Chambers of Commerce and Industry (FICCI) in 2019.

Curio- The Kindergarten Curriculum, was felicitated as ‘BEST PRESCHOOL CURRICULUM 2019-20’ for granting support and contribution towards implementing new methodologies and inspiring the young teachers to acquire 21st century skills.

Ms Charu Bajaj was sighted and recognised by India’s largest blog ‘Humans of Bombay’ in August 29, 2018. 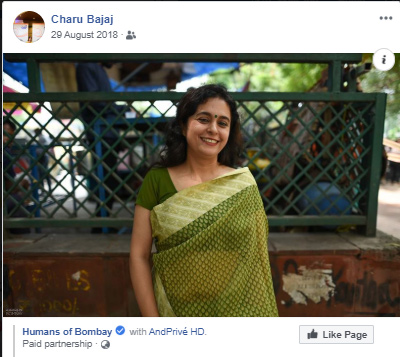 In the April 15, 2019 issue of Hindustan Times Ms Charu Bajaj was recognized under the title of ‘Ode to women shining’

The annual conventions "Curio Reflection- 2018" and "Curio Conclave- 2019" conceptualised under the guidance of Mr Nishit Sacher- COO, Skills and You, were covered and published by Brainfeed magazine. 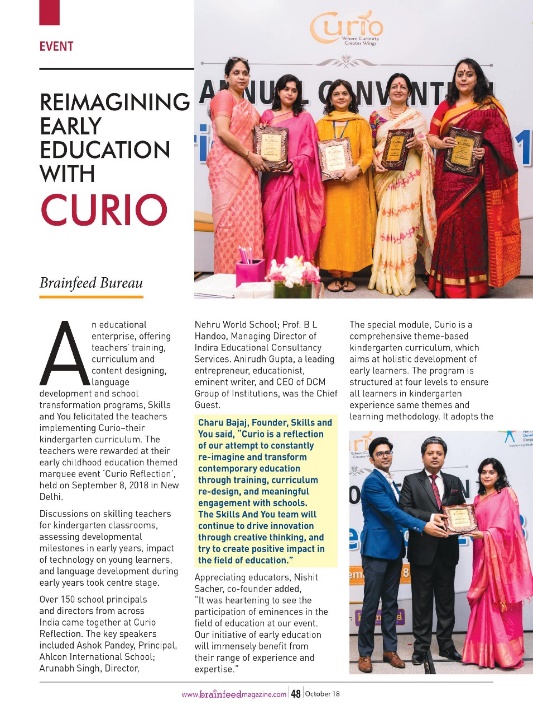 The 2nd Annual Convention, Curio Conclave- 2019 was covered and published in The Peeper Times, an online educational newspaper. 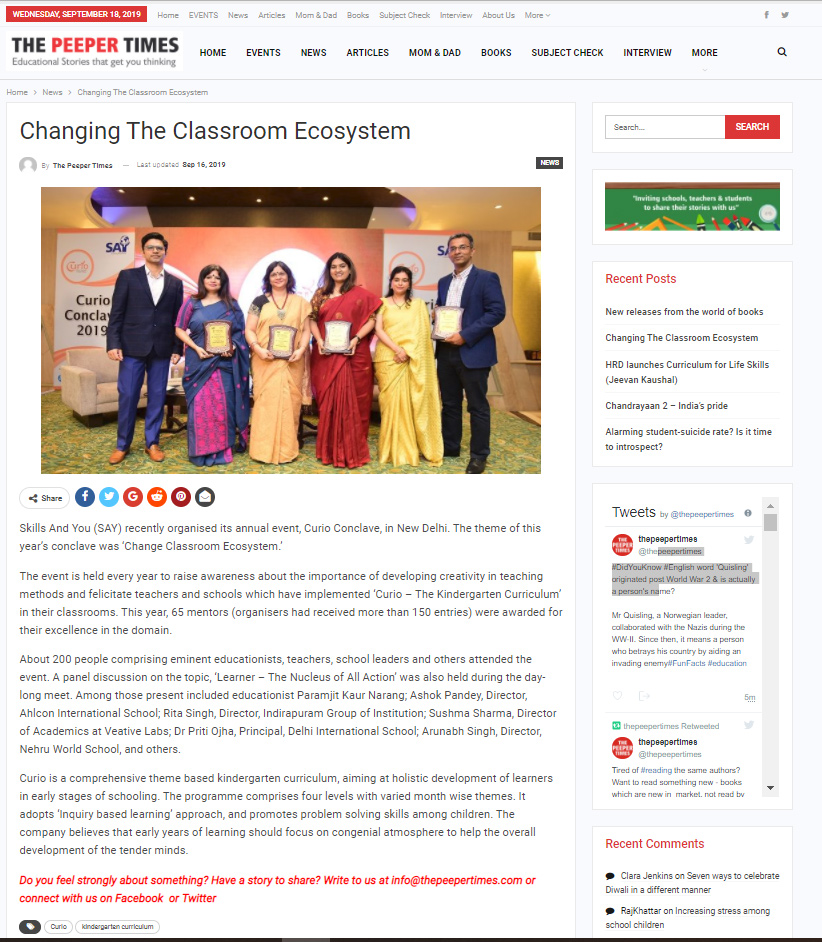